Anyone spending a decent amount of time in Kali is going to want a GUI code editor, and they’ll probably want something a little more advanced than gedit (which is currently unmaintained as of writing). My preference is Visual Studio code, though others swear by Atom or Sublime Text. 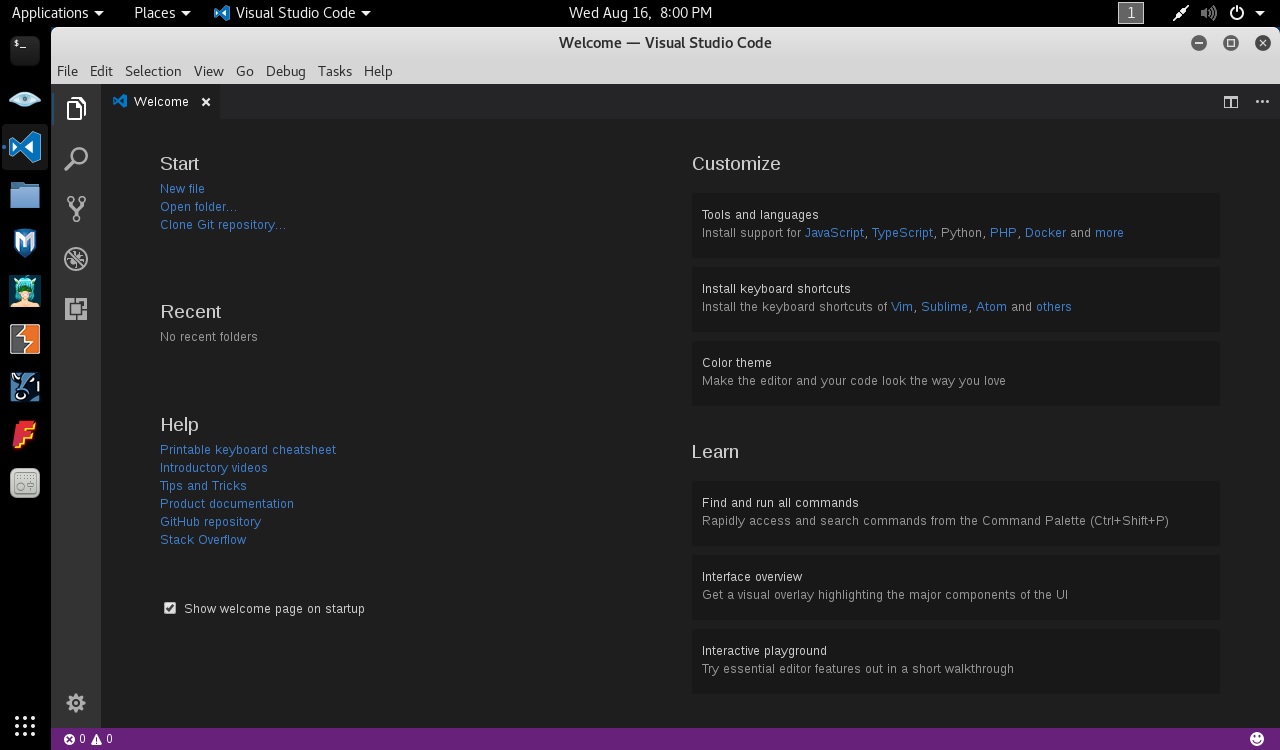 Since Kali is a Debian-based distribution, you can add it much as you would Debian or Ubuntu:

If you have previously installed the VSCode .deb package, you will likely get some warnings that dpkg can’t remove some directories that aren’t empty, but this won’t interfere with the operation of the program. You will get a warning each time you open it as the root user, since that’s generally not a good idea on most systems - I haven’t found a way to suppress this thus far, but maybe that’s not a bad thing.

On the command line, you’ll need to run the following to open VS Code as root: