Getting Started with Kubernetes

Kubernetes is a container orchestration technology designed at Google and now developed by an open source community. It is rapidly becoming the template for large application deployments since it gives companies an easy way to implement the experience of some of the world’s best SREs, all of which has been serialized and put into the Kubernetes standard. 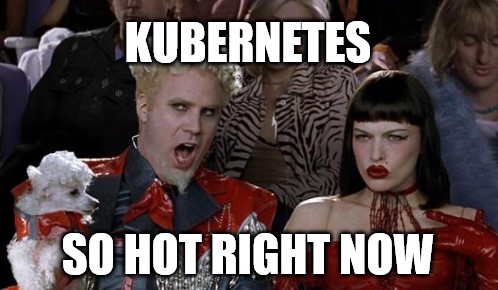 To get started experimenting with it, you will need a series of tools on your client, and then a kubernetes cluster to connect to.

This differs by OS, but the main tools you will initially need are kubectl and git. In my case I also need the Azure CLI since I’m alternating between AKS and Minikube. There are GUI tools like Octant, but kubectl is the official way of accessing the Kubernetes control plane, and will be updated with all the latest features on each release.

There are a variety of tools that let you run Kubernetes locally, as a cluster with a single node. Here are some examples:

You can google for any number of alternatives. I’m using minikube, which on windows/chocolatey is installed with:

Once you have kubectl and a cluster such as minikube setup on your machine, you should be able to list out the pods, nodes, etc from the local cluster. These are divided up into namespaces, which act as a scope of authorization, in addition to being a way of virtually dividing up workloads. Firewall rules go from namespace to namespace, and secrets and configs need to be in the same namespace as they are being used.

Each Kubernetes cluster is made up of nodes. The nodes are individual machines or VMs that will work together to run the workloads that you choose to put on the cluster. The nodes each run pods, which is the smallest unit kubernetes exposes, and typically contains one container, though it can have multiple containers if those things are tightly coupled enough to warrant putting in the same pod.

In order to deploy pods to kubernetes, you use a template, which kubectl can generate for you. This might be for a:

The following is an example of generating a template for apache. Alternately you could use any docker image.

This results in the following yaml:

You can then deploy this to your cluster as follows:

If you now do kubectl get pods -o wide you should see your apache pod spun up. Deployments are persistant and don’t need to be applied again if the cluster is shut down.

Once a pod is spun up in Kubernetes, you can forward it to your local machine to access it, with a port forwarding command:

While this works for testing, the pod isn’t easily accessible to the rest of the cluster, or to the public internet. Services create a static name for a pod that won’t change unlike the IP address, which will be reassigned each time the pod is created.

Create a service.yaml file with the following:

And apply it with kubectl -f apply service.yaml. Now if you do kubectl get services you should see something like the following:

You can now forward this in a more civilized fashion:

To allow the outside world to see this service, you need to add an ingress. The minimal-ingress.yaml from Kubernetes is a good place to start (i’ve made minor edits):

From this point your service should be accessible to the outside world. That’s all for now!