On my way to work this morning, listening to the Security Now podcast, I saw a taxi about 50 metres in front of me hit a tramstop, whereupon the yellow cement thing they put on the start of them did it’s job and flipped the car over. 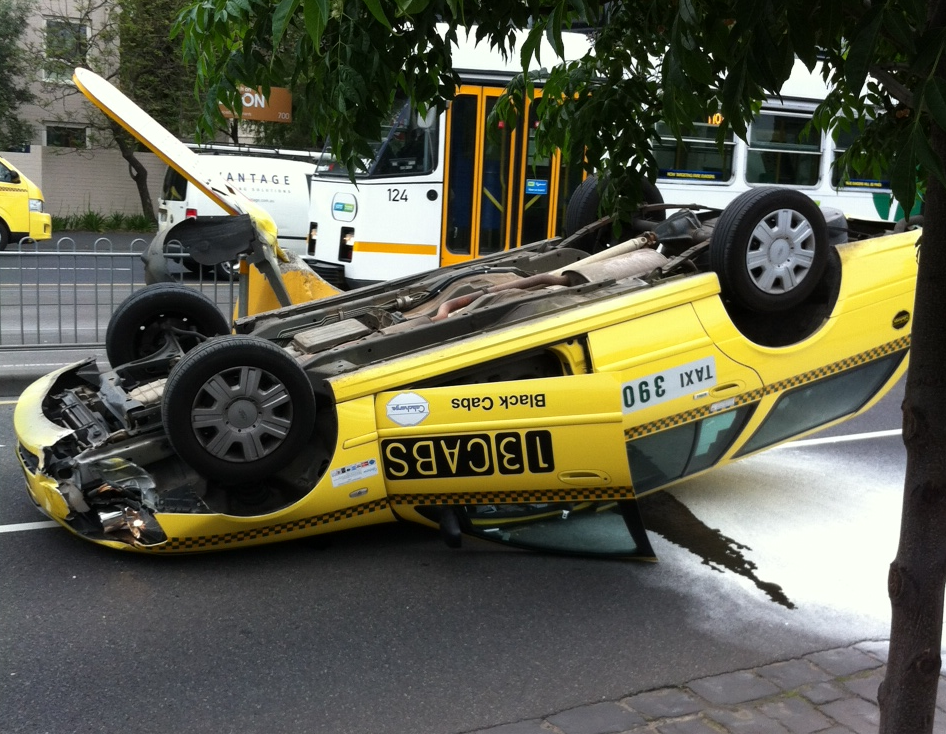 The guy in the car directly behind him was the first person there, at the passengers side, which had the glass smashed on impact. I got to the driver’s side just as the other guy was helping the taxi driver out the smashed window opposite.

The car was still running and leaking fuel onto the road at a slow but uncomfortable pace, so I checked out the smashed passenger side to see if I could work out where the keys went in - the inside had about ten thousand gadgets wired up and hanging at odd angles; I will never accuse taxis of being low-tech again. So I had a go at smashing the driver’s side window, and I gotta say, I thought it wouldn’t be that hard, but it turns out the glass is tougher than my foot - six years of martial arts, and I stub my toe. Then another bystander, a tiny asian lady tried the door handle, and found that it would open, so I pulled the door wide, whereupon the car key was easy to see and I switched it off.

The driver, who I’d guess was Indian, was being helped by the roadside. He was able to walk away from the crash, but he hurt his back, and by the time I returned, he could only lie in one spot, answering a few questions. I grabbed his iPhone from the car, and another lady called his brother-in-law on it. Shortly after that a paramedic arrived, though by that stage the driver was only answering questions in his native language - another taxi driver had pulled up and was talking to him.