So, up until recently, I thought that Strontium was pretty much only common as part of radioactive fallout.

Its seven months now since Zac joined us and brightened up our world. Becoming a parent is the biggest gang hazing in the world. Once you’re through it, you have something in common with every other parent, but it can be rough at times.

On my way to work this morning, listening to the Security Now podcast, I saw a taxi about 50 metres in front of me hit a tramstop, whereupon the yellow cement thing they put on the start of them did it’s job and flipped the car over.

Some thoughts, and photos

No one can say we live in a society without hope. Whomever put up those posts genuinely hopes that this action will be the silver bullet that allows the grass to grow back. Time will tell if they were right. 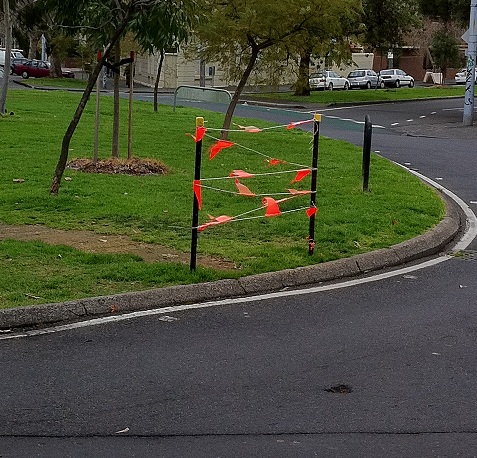 This is a house near where we live. I find the sign quite amusing. I do hope they don’t actually mind hippies all that much though. 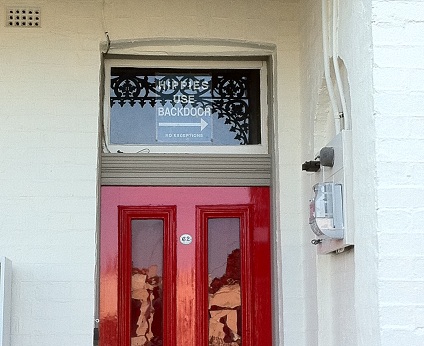 Someone had attached this poem to the outside wall of the cemetery. I’ve walked past it dozens of times now, and it makes me happy every time I see it. 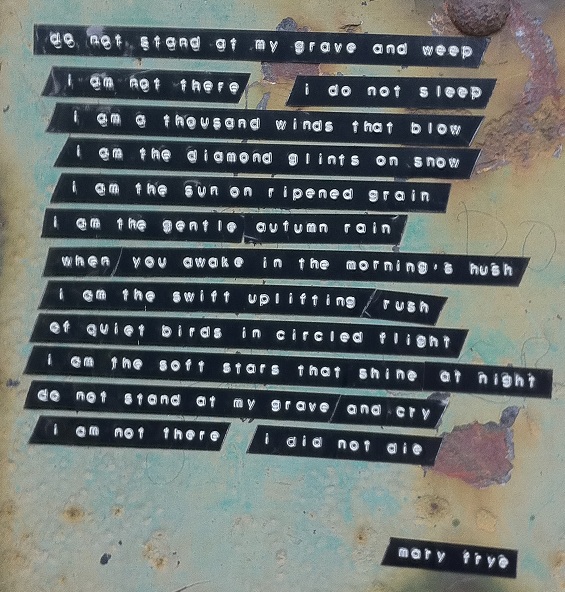 This is written on a wall, about two blocks from the local high school. It’s nice to know kids are still kids. 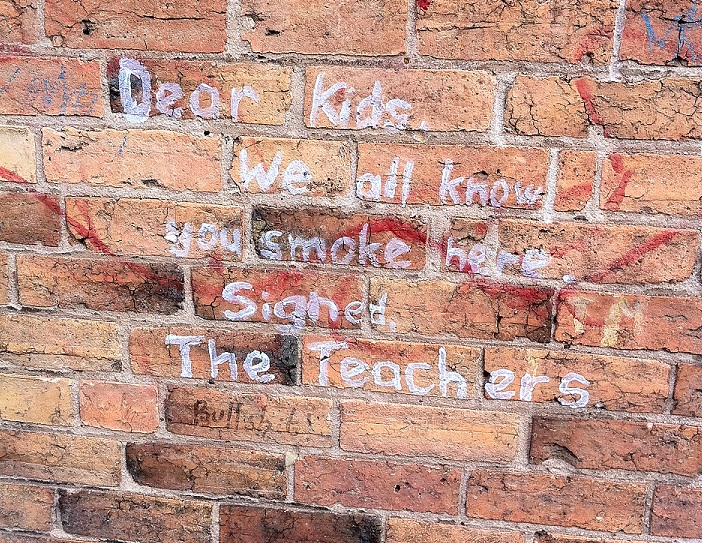 And for some reason I thought I’d post this. I’m not sure what people picture when they think of me at work. I have various impressions of what each of my friends work’s must be like. I suspect many of them are very very wrong, as my mind cooks up some strange images when I don’t have any point of reference. Ask me and I’ll happily let you know what I think your workspace looks like.

Anyway, for those squinting to make out the setup, it’s one mac mini server (drives in raid0 for speed, external hdds for backup) and one macbook pro, both controlled off one keyboard and mouse. This is the first time I’ve had an all-mac setup. Previously I have spent a year using Windows XP, two using Windows 7, another running Archlinux, 2 years running Gentoo and 1 year running Ubuntu. The work servers have run Windows Server 2003, 2008 (briefly), Centos and Scientific Linux. Of all those setups, I’ve been quite happy with everything except Windows Server 2008, which has abysmal performance on otherwise decent hardware. 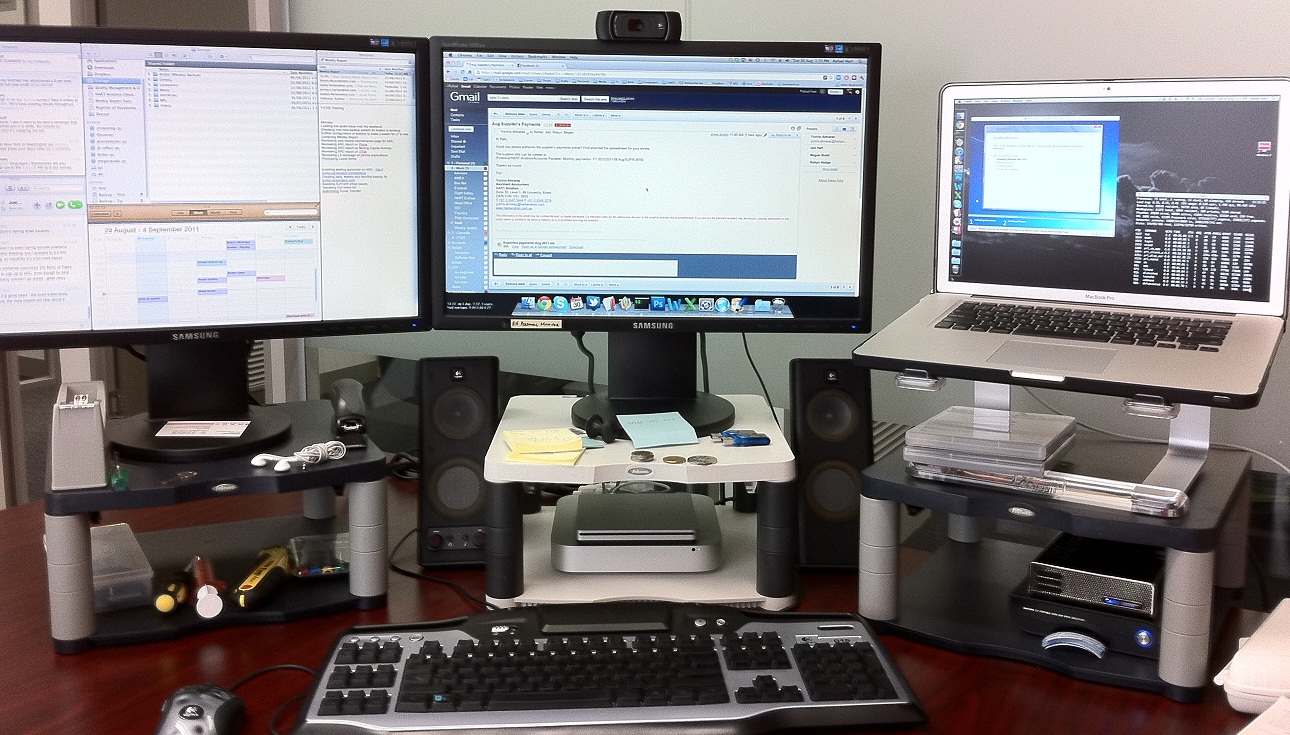 Oh, and my first father’s day was great!!!

Not in a Mobile Service Area

Last week I went on my first medevac. The downside was that my dad was the patient - he tripped on his boat and ended up falling backward onto a stag horn, then somersaulting into the water. Fortunately he’s okay, though it could have easily been worse - he has internal bleeding around his kidneys, and last week he wasn’t able to stand for more than about 10 mins, and not able to sit at all. As a result, we decided to call in our company travel insurance, and engaged a jet to fly up to Newcastle. This is exactly the sort of thing we do for our clients, we’ve just never had to do it for ourselves before, so it was an interesting experience. 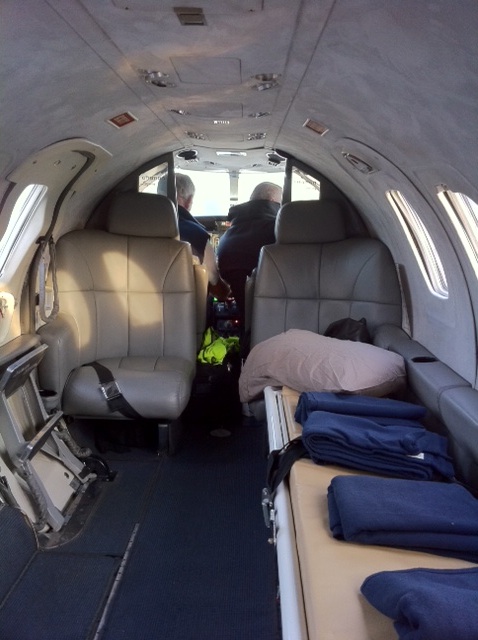 Sitting in the back of a jet, after a short safety briefing, and with the blessings of the pilots, I had the opportunity to check on a few things:

It took 1:40 to get to Newcastle, and about 2 hours to return. Dad is now resting up, and this week he’s back at work, so this worked out a lot better than sitting on a jetstar flight.